How should we fight Boris Johnson? 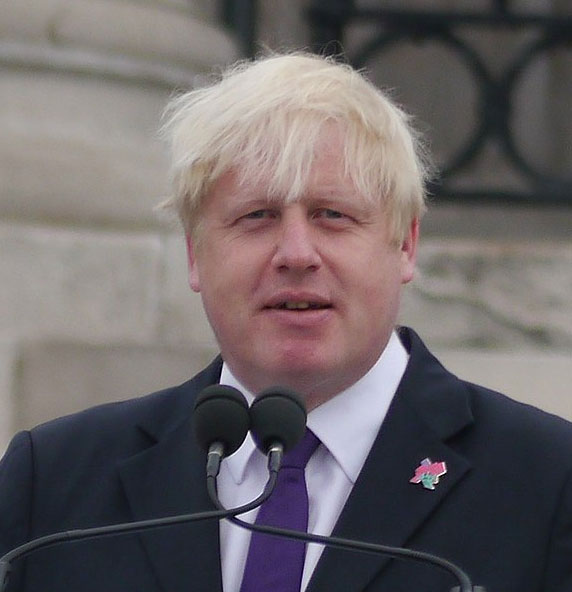 ‘What do you think of Boris? And how should we beat him?’

These are the two questions I recently posed on Facebook. If Mr Johnson can get enough MPs to support him, he will almost certainly become Prime Minister and – given that the left hasn’t been so good at winning elections recently – it’s important to start thinking about how to beat him effectively and with integrity. I’m not pretending that asking friends on Facebook is anything like a representative sample, but thanks to everyone who commented and helped me think through this! Here are some thoughts:

When asked for their personal opinions, most people described him as ‘elitist’.

Boris Johnson believed he had a “divine right to rule” said Rob Chaplin, as if he was a “Roman emperor” Jessica Asato. Jon Walters drew attention to his “public school” background. Perhaps Lemmy Caution put it most explicitly when he said the majority of us will have to “clean up” his mess whilst Johnson moved on “to the next course of fois gras”.

Next, people described him as incompetent.

Adrian Reyes Hughes highlighted his “water-canon” fiasco, Anthony John reminded us about his “fantasy bridge” and his “fantasy airport”. Sue Holden described him as a “joke”. His inaccurate comments worsened the plight of a British citizen, Nazanin Zaghari-Ratcliffe, in Iran.

Finally, people described him as untrustworthy and malicious.

Jason Cleverley highlighted his NHS Brexit poster and inventing quotes when he was a journalist. Val Phillips described him as a “chameleon”. He was described as “vile” by Andrew Jones and his cuts to firefighters and his discussion to beat up a journalist (reported by Dispatches) was also raised.

Interestingly, people didn’t accuse Johnson of racism, but I have heard this one from many on the left outside of this post. Like the points above, Johnson is on record with controversial remarks such as describing African people with ‘watermelon smiles’ and ‘pygmies’, describing women wearing the burqa as “pillarboxes”, the immigration poster etc.

The temptation to use arguments like these is seductive. But what we might think about Boris Johnson personally (the first question I asked) isn’t necessarily the same as how we might campaign against him effectively (the second). Donald Trump, who many people pointed out has many similarities with the Conservative candidate, thrives on this relentless focus on his personality. Personal attacks keep the spotlight on him, they portray him as a plucky fighter that’s tussling with a grumpy establishment. Many people pointed out that, no matter how good it might feel to vent these criticisms within our own political tribe, this isn’t necessarily what’s going to persuade others to make a different choice.

So what should we do?

Firstly, we should try and take personality out of it; excellent advice that was offered by Ruth Hirschfield John Slinger and Anthony John. People want him to be called by his full name Boris Johnson rather than playing into the informal, cheeky, friendly “Boris” or “Bojo” persona.

Next, and relatedly, we need to hold him accountable for being part of a devastating Conservative record that has sucked our country down. This is a government that has threatened our union with Scotland and Northern Ireland, scarred our international reputation, divided our people, presided over a huge rise in homelessness, failed to address climate change, attacked Windrush migrants, made callous cuts to some of the most vulnerable, failed to address regional power imbalances and left the country destabilised and paralysed by their failure to plan for Brexit. Yet somehow Boris Johnson’s eccentric cult of personality seems to sit above and beyond all of that. Instead of criticising him personally, we should handcuff him to his party’s record.

Finally and perhaps most importantly, we need to keep building our vision of a stronger, more decent country, a point made astutely by Sarah Bogle, Kris Van der Brown and Ann Wardle. We need clear and radical ideas about exactly what kind of country we want to build together based on values and policies. We need to make it obvious that the election is about all of us rather than one of us. We should pursue this proudly and doggedly in the media. Every time we are asked to comment on Boris Johnson or condemn his latest gaff, we should just switch: “I’m not here to talk about him. I’m here to talk about my constituent who is struggling with…” “With respect, this isn’t about Boris Johnson, this is about….”. There ought to be some kind of hashtag that highlights just how small Boris Johnson is in the perspective of our country and all the challenges that we need to overcome together.

Maybe it’s naïve and difficult to think this would work, but my instinct is we have to try – and the more negative, obsessive, personal alternative approach doesn’t work. Thanks for helping me figure it out.