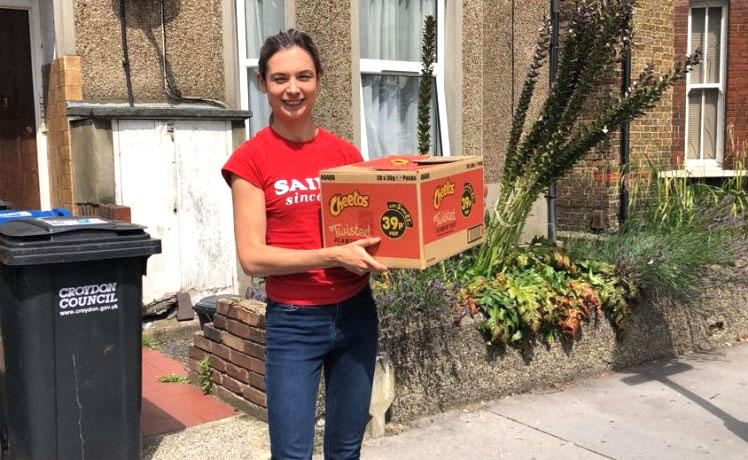 Why am I doing this?

It makes me angry when amazingly clever kids don’t get a shot at the great jobs they deserve.  Some of them come from households that are struggling even to make basic ends meet and put food on the table.  But the inequalities in our society are not just manifested in purely economic terms: my students also often have to breathe filthy air, while police cuts and rising knife crime mean that they cannot be safe on our high streets any longer.

Secondly, and very simply, Croydon and Sutton is my home. My husband and I are lucky enough to have bought a house here, and I’ve been teaching at Harris Invictus for two years now. I love this place and want to see it flourish. If we raise a family here, I want it to be in a neighbourhood that is cleaner, safer and fairer than it is right now.  Outer boroughs like ours have for too long been the ‘poor relations’ within the area covered by the GLA – I want to see them being given the attention, infrastructure, power, and influence that they deserve. I want to build on the good work of the Labour Council and our strong GLA team. With so many changes coming and so many good people involved in Labour and the community here, it feels like this is our time.

Finally, I was incredibly inspired by the campaign of my friend Jamie Audsley. Many local members know that he wanted to run for this position and built a brilliant campaign that would have made him a great candidate and an even greater Assembly member. He brought together a wonderful group of activists with some really exciting and positive policies that would actually change things. When the decision was made to make the selection an All-Woman Shortlist, a concept which I support, I was nevertheless gutted for Jamie that he could no longer stand.  I was dedicated to helping him win, so when he, along with members and friends who I trust, said they’d support me if I carried on this work as the candidate, I said I would be proud to do so. The ideas and energy he started are fantastic and I want to see them live on.

You can see elsewhere on this site more detail about the campaigns we’ve been running and the detailed policies I want to see implemented.  Should I succeed in being selected you can be guaranteed I will campaign incredibly hard to win this seat for Labour, and you can also count on me needing you even more. Because if we’re truly going to make Croydon and Sutton cleaner, safer and fairer, and make London the best city for a child to grow up in, we know it’s going to take more than one person to make it happen.

And I can’t wait to start making it happen with you.