Why London needs devolution too 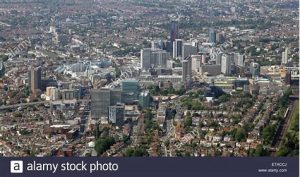 London isn’t a fashionable topic right now. The collapse of the so-called “red wall” in our northern heartlands has brought calls for devolution rising from the dust and carnage. We’re told it’s time for a great rebalancing away from the capital; for power as well as money to be shifted from south to north. The regeneration of our towns and counties is long overdue, so I welcome these calls. But we need devolution in our cities as well as our country. London’s boroughs must be part of the story.

As we know, London is not a homogenous block of wealth. In particular, there is the world of difference between the City of London, a global sanctum of financial power with a formidable governance framework, and the outer boroughs like Croydon and Sutton or Haringey and Barnet.

Here in Croydon, residents are caught in the chasm between high house prices associated with the capital and the low pay and working conditions familiar to the rest of our country. Our high streets can feel less loved, our kids can feel passed over and local identities can be ignored. Commuting to jobs in the centre costs £2,400 a year by train and there’s no point telling us to “get on our bike” – the inner-city Santander cycle scheme doesn’t extend here.

We’re rightly told that the identities of towns and counties need to be recognised in the wake of the election, but boroughs like Croydon, with our own history, culture and 400,000 residents (the same as a large town or small city alone!) also deserve recognition.

Political power and funding in London remains too centralised. Our councils get less money simply for being geographically further out. The City of London has its own more powerful governance structure going back centuries and beyond regular councils’ powers, the London Assembly is itself rooted in the heart of central London and has been criticised for focussing its budget there. Conservative representatives of the GLA, particularly in my area of Croydon and Sutton, have done nothing to challenge this.

In this new decade of devolution, all this needs to change. Ringfenced investment for outer London boroughs with local people given a greater say over how funding is spent would be a start. Investment in local vocational and training colleges and programmes would help develop local talent. More power given to the London Assembly with the creation of a deputy mayor for Outer London could help spearhead this change. As we enter 2020, let’s make sure the people in our outer boroughs, as well as our towns and regions, get the power they deserve.